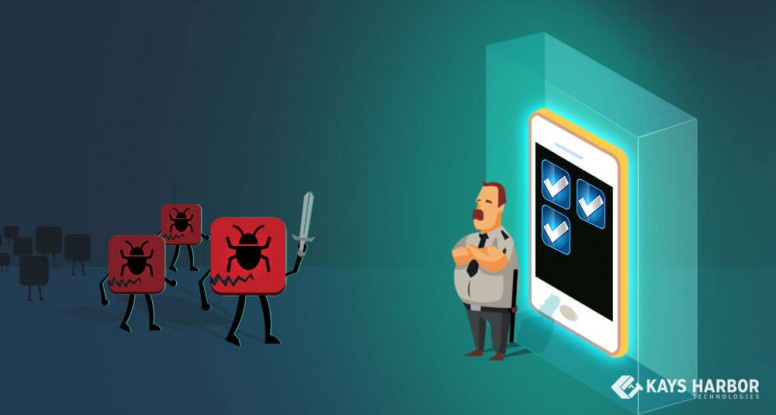 If you think that mobile apps are getting safer over time, industry data suggests that you are wrong. Kaspersky Lab Solutions reported that ransomware attacks have risen in the first quarter of 2017 by more than 13 times than the previous quarter. Additionally, Trend Micro reports that increased malware production in China means that the world will soon face more than 20 million identifiable threats to mobile apps.

How safe are your mobile apps?

Software developers often skip to implement mobile app security best practices during the mobile app development process and therefore fail to create apps that protect business and user data. A study, for example, found that one-half of all organizations fail to include security for mobile apps in their budgets.

Consequently, more than half of businesses expect that hackers will compromise their mobile apps within half a year.

If you are set for your next project, ensure that you implement the following 8 mobile app security best practices:

Related: 5 AREAS TO ACCOUNT FOR IN YOUR MOBILE APP DEVELOPMENT COSTS

Related: THINGS TO CONSIDER BEFORE INTEGRATING A PAYMENT GATEWAY

Mobile device users spend more than half their time using mobile apps, suggesting that the prevalence of workplace bring-your-own-device (BYOD) policies will make businesses more vulnerable than ever to mobile app security risks. Companies have lost control over many endpoints that access their networks, making the consideration of security in mobile applications an important part of every project.

Mobile app security describes the tactics and technologies used to prevent malicious users from exploiting weaknesses in devices and applications.
Developers should integrate security into their software at every level, rather than either ignoring it or including it as an afterthought at the end of a project.

Now that you know how to secure mobile apps, put your knowledge to use for your business. Schedule regular reviews of your mobile app security best practices to create and maintain a security-aware culture that will help your company enjoy the benefits of a mobile solution.