This new age of mobile technology has not only given us the best of utilities like shopping, healthcare, gaming, entertainment and education, it is helping businesses grow, create new opportunities and make our lifestyle and work easier. Isn’t it?

Mobile apps are essentially the key driver of this exponential rise of technological innovation. That day is coming soon when we will be termed as the “Mobile-First” generation.

However, there’s a flip side to the story as well – apart from the convenience mobile phones offer, this vast mobile ecosystem is extensively interconnected and unfortunately a potential target of the growing dark world of technology.

Related: MARKETING YOUR TECH IDEA WITHOUT SPENDING A BOMB

The mobile app revolution has a new downside – the growing underworld behind it.

Thus, it is evident that ‘Mobile Security’ has become a pressing issue which calls for a definite solution. But before finding a solution, we need to know the risks that pose a threat to a mobile app’s security. After all, 90% of our time on mobile phone is spent within apps.

As mobile app developers, it’s important for us to understand these risks so that we can take corrective measures in the development stage itself. 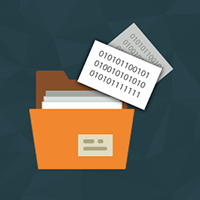 Data is at the heart of any application. With each passing day, structured as well as unstructured data stored by apps is multiplying infinite folds. With this, the problem of unsafe storage of sensitive data poses as one of the greatest threats to the technology ecosphere, especially the unsafe storage of following type of data: –

One popular example of such carelessness was at the coffee giant Starbucks. Starbucks executives admitted of storing usernames, email ids and passwords in clear text in their iOS Mobile Payment app and thus leaving the data vulnerable to access and misuse by many. However, later their team addressed this security issue and launched an update to the app successfully.

Malicious data can be injected using code Injection and SQL injection techniques at the server side as well as at the client side. All these have a severe technical impact if the app is linked to multiple user accounts and its business impact includes loss of sensitive information.

a. Code injection attack: Mobile apps based on HTML5 are prone to Cross Server Site Scripting(XSS) type attacks. These are far more severe than any other attack on web applications. A typical XSS attack includes injecting malicious JavaScript code into form fields.

b. SQL injection: Databases including SQLite are prone to injection through SQL queries causing risk to the apps that have a wide user base. This acts as a threat to user identity as well as their data.

c. Local file uploads: Sometimes apps act as a medium to upload unknown files to the server. They pose a risk to the server system and its existing data by storing unauthentic and malicious content to the directory structure.

Servers are prone to the following risks due to these injection attacks:

Related: 5 MUST HAVE DESIGN ELEMENTS IN YOUR RETAIL MOBILE APP

Third party devices, apps, scripts or files having unauthorized access to the app can act as prospective threats to your apps security.

Poor authentication can expose device details and sensitive information to third party ad libraries. These APIs have access to GPS location and device information. Also, you cannot miss out on the fact that shared libraries inherit all the app permissions.

All these are a result of less strict authorization and adherence to the norms of secure mobile app development. 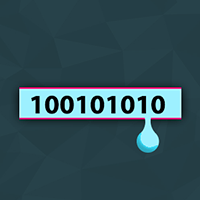 Mobile devices rank on the top of the list for being susceptible to sensitive data leakage through wireless transmission.

Most apps transfer huge amounts of data over the network. This can be through sockets, wireless transmission, HTTP requests or emails. As a result, servers are exposed to high degree of vulnerability. 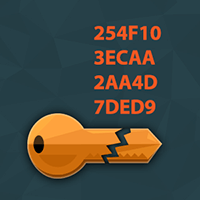 Most developers/organizations have their mobile app data encrypted by the widely used but technically insufficient cryptographic algorithms like MD5 and SHA1. These do not align with the modern security requirements. Attackers can easily and intelligently decrypt such data.

One such example is Skype. It used SQLite3 databases for storing users’ chat data and contact lists with one major bug – their files were not encrypted. This could have led to a potential mass leakage of private information across the web had it not been fixed.

Improper key management for data hashes and usage of hard-coded keys is again a major area for attackers to take advantage of.

Consider an app storing similar data keys across all installations. No wonder this app would be under the scrutiny of hackers and an easy target for them!

With so many risks becoming a vital cause of concern, what ensures security at all layers?

It is thus imperative of a mobile app to be not just about UI and functionality. It should be a secure environment that promises its users amazing experience and utility. Enterprises and business owners should hence be more aware of the intricacies and the risks on their app security and take effective measures to safeguard it.

Building mobile apps that have a secure code has become vital to the app development process and we emphasize this approach to be incorporated at the foundation itself.

At Kays Harbor, we help simplify this task for you. We offer cost effective, planned and strategized mobile app solutions that have security at their core.

Related: 5 AREAS TO ACCOUNT FOR IN YOUR MOBILE APP DEVELOPMENT COSTS
This blog was first published on AppFutura
Post tagsMobile app security risks