by Sagnik Ghoshal Posted on September 15, 2015 in iPhone/iPad / Retail

Apple has always been an innovator when it comes to the mobile industry. The company again redefined the mobile paradigm in October of 2014 with the introduction of their payment tool, Apple Pay. Made possible by the use of near field communication (NFC) chips and several layers of secure protocols and encryption, Apple Pay allows users of the iPhone 6, iPad Air 2, and iPad mini 3 to make purchases at major retailers through their mobile devices. Users with older iPhone 5 models can still take advantage of Apple Pay if they also have an Apple Watch, which is equipped with the necessary NFC chip and security protocols.

How Apple Pay is succeeding where others are struggling

Apple isn’t the first company to launch a mobile payment system. Where competitors have struggled with consistent challenges, Apple Pay seems to be succeeding.

For any company looking to create a new way of paying for things, the main challenge is going to be uptake of the technology by retail partners, and connecting to existing payment infrastructure

Apple addressed this by working with existing infrastructure and card networks. 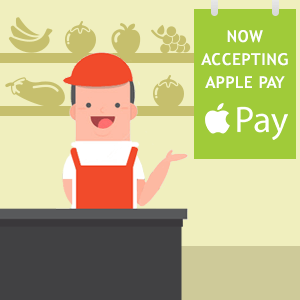 Rather than reinvent the wheel, Apple Pay instead is essentially a middleman, acting as a facilitator of secure commerce that utilizes existing payment methods. The focus then isn’t on managing your money or acting as a bank, but rather creating a more secure method for users to utilize their existing forms of payment. Cards are added to the Passport Wallet in the iOS operating system, and through Apple Pay accessed when needed.

In a related sense, Apple also addresses the challenge of changing consumer behavior. Rather than adding steps at checkout or requiring specialized hardware, Apple has built Apple Pay in a way that using it to pay for a purchase is as easy as waving your phone before an existing NFC-detecting technology and using the Apple device Touch ID fingerprint authentication to verify the purchase.

Apple Pay’s true achievement is the security which the application provides. Combining encryption with a process called tokenization, the transaction truly remains between the customer, the bank, and the merchant. Further, through the Touch ID verification, it is confirmed that the purchase is being made by an authorized device and by the right user.

Making an impact on e-commerce

While limited to a few retail partners in the beginning, support for Apple Pay has since expanded significantly into multiple segments of retail and partnered with banks and credit unions across the globe in order to maximize its impact. And what an impact Apple Pay has had on the overall e-commerce market, especially in the realm of mobile commerce.

Mobile-based purchases and retail activity in Quarter 1 of 2015 accounted for 15.4% of total US e-commerce, a 4% increase of the first quarter the previous year. Even with these increases, data previous to Apple Pay’s launch showed that users browsing retail sites with their mobile devices were not generating the expected sales. Dropouts, non-acceptance of mobile payment security measures, and other factors were keeping e-commerce sales over mobile devices low. Instead, users were turning to traditional desktop computers for their e-commerce activities.

With the robust security protocols offered by Apple Pay, developers are capitalizing on the ever-increasing use of mobile devices for e-commerce browsing and searching in the redesign and functionality of websites and applications. Apple Pay “buy buttons” are being added to the design of many applications and websites, and Apple has started working with more retailers to expand their reach through integration with loyalty cards and retailer specific credit cards. These initiatives could lead to significant advances in the mobile-based e-commerce over the course of this year.

As Apple increases screen sizes of mobile devices and Apple Pay is increasingly seen as an effective, secure, and seamless method of making purchases through a mobile device, retailers are hoping that more customers will embrace the technology. With firms like Goldman Sachs projecting a 53% increase in mobile commerce sales by the end of 2015, it is apparent the financial sector has a good feeling about the direction in which Apple Pay and other mobile forms of payment are driving the field of e-commerce.

This is an exciting time for software development firms, as the addition of mobile payment options provides more opportunity to customize applications to client needs.

We’ll be keeping a close eye on the performance of Apple Pay in the coming years and how it influences the manners in which clients are looking to change the way they do business.