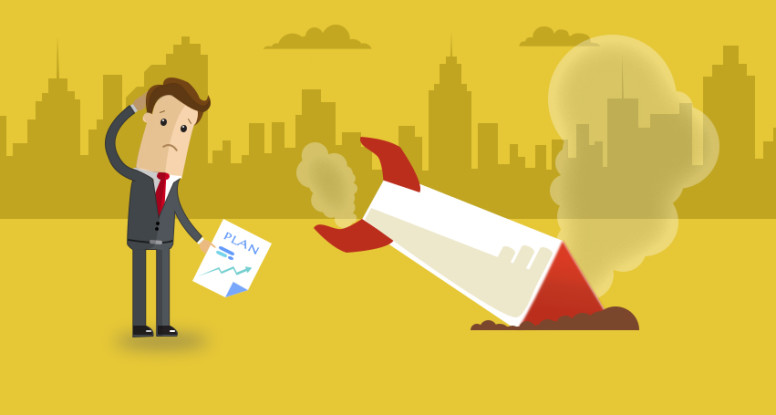 Mobile apps perform all sorts of functions for businesses. Every professional from a work-from-home entrepreneur to the CEO of a major business can benefit by launching a new app.

Because customers demand one. Even business-to-business partners and employees prefer a business to release a helpful app. A word to the wise here.

A business can’t afford to botch the development and later release an app.

Once an app hits the marketplace, the app contributes to a company’s branding.

But, a poorly-received app doesn’t exactly help the cause of establishing a positive name. A weak app could even undermine the ability to generate sales. Once customers lose confidence in the company’s ability to produce a decent app, they will most likely ignore its future releases. Diligence and care must go into the process of developing and an app in such a competitive market. Unfortunately, many businesses make drastic mistakes when attempting to venture into the app game.

Here are 10 major and common app launch mistakes that are best avoided:

“Anybody and everybody” is not your target market. Home Depot doesn’t buy advertisements in travel magazines. People who buy such magazines aren’t looking to fix up a home. It is obvious that they have travel on the mind.

Developing and releasing an app must follow a similar logical approach. Even the most successful corporations that offer products or services with a wide appeal, target the right customer. The same must be true with app development.

Through careful market research and necessary steps, you must determine a clear audience for your app. Otherwise, an enormous amount of money might go into the development, but the app will fall flat. A large segment of the marketplace would feel ambivalent towards it.

2. Not Validating an MVP

Always determine the minimum viable product (MVP) before releasing anything into the market. Products, services, and, yes, apps, do require validation before release!

An MVP won’t contain all the features planned for the final app. But it is necessary to develop an MVP keeping in mind the challenges that come along with it. The goal here is not to shock and awe the market with the world’s greatest app. Instead, the test version targets interested users and procure feedback. This feedback could be negative, which isn’t a bad thing. It helps in determining any deficiencies in the app and improve it.
In time, with the right revisions, the final version of the app should give the customers what they want.

A small, targeted group of users could very well speak for everyone. However, you do not want everyone in the market making a final verdict on a poorly devised app. A wide release flop could prove devastating for your brand.

One area that your business shouldn’t overlook is App Store Optimization (ASO). Your potential users must be able to discover your app. And, an app store is the first place they would look for. Will they be able to find your app when skimming the store’s offerings? With the right app store optimization, their odds increase.

Unfortunately, businesses produce apps and then dump the app into a store. That’s not enough. There is too much competition for similar apps. Not properly optimizing your app in the store creates a wasted opportunity. Utilizing the right keywords, selecting an appropriate app name, and drafting a solid description are amongst the three strategies for improving ASO.

Once the user taps on the app, the program opens. Now, the design of the app must appeal to the user. The same is true for the various features a user might check out the app for.

How easily the user navigates your app combined with the ability to execute all actions contributes to a positive assessment. In other words, the user must like the overall experience. Creating a layout or design without the preferences and likes of your potential user in mind would be one of the most regrettable app launch mistakes to make!

To avoid this, create a blueprint and a wireframe prior designed to maximize user experience. Plan on launching a workable app that is based on an analysis of these drafts and proper beta testing.

Cutting corners or imposing personal preferences at the expense of user experience isn’t advisable here. In that case, your app will probably fail.

Onboarding in simple terms, is a formal introduction to an app. In this process, users gain a first impression about an app in a manner no different than their interactions with a person.

Failure to take proper on-boarding steps into consideration is another app mistake. If the introduction to the app is poor, it results in a bad first impression. Quite a possibility that the user won’t use the app anymore and a business would lose out big here.

Onboarding could require a somewhat complicated step of integrating a tutorial into the app. Or, something as simple as devising a very basic layout could be enough. The key here is to hook the users early. This way, they keep using the app.

6. Not Marketing Until App Development Completes

Have you ever noticed that movie studios release teaser trailers months before a film is scheduled to hit theaters? There’s a good reason why this is done. It is never too early to introduce an audience to a product – be it a movie or an app.

Early marketing — even scaled-down minimal marketing — helps build anticipation for the eventual release. Waiting until the app comes out of development and into market wastes valuable time. It wouldn’t hurt to have people waiting to download the app the second it is released.

Why release the app and then wait months for a complete marketing strategy to kick in? Get a strong buzz going early. This should help move downloads the second the app is released in popular stores.

Let’s get something clear. There’s nothing wrong with striving to create ‘the perfect app’. However, attaining absolute perfection won’t be possible. Instead, focus on trying to make the app as best as it can be. Do this within reason. Spending too much time trying to perfect the app in the development phase (a near-impossible task) will delay the release of a decent app.

Upgrades and improvements to your app can be made after the initial release. Apps commonly herald the release of 2.0 and 3.0 releases. Improving your app in an incremental and iterative way is always good to go. Why try and pack all the features into the first release?

Never take a condescending or non-serious attitude towards feedback. This should be the case whether the feedback is solicited or not. When a significant number of users speak highly about a feature, adding similar features to future releases makes sense. Similarly, when the feedback points out certain negative aspects, work should commence on improving things.

User feedback tells you exactly how well your app is being received. To dismiss any feedback would be self-defeating. Ultimately, it is the opinions of the users that matter most. They are the ones who truly determine whether your app will succeed or not.

Who’s using the app? Where are they using the app? What time of the day or evening are users engaging with your app? App metric tracking tools tell you a lot about what’s going on with your vaunted programs. Not tracking your app could leave a lot of ambiguity about whether it is successful.
A failure to review metrics undermines the ability to come up with improvements or changes to the 2.0 version.

In short, without reviewing metrics, all future steps with the app become a collective guessing game. Do you really want to guess about why an app is at fault or do you want the real answer?

No app succeeds overnight. No matter how brilliantly designed the app is, it takes time for the app to become popular in the market. Customers must sign on, use the app, engage with it on a regular basis and write reviews about it. A decent-sized audience must read the reviews to become familiar with the app. All this takes time. Even when investing money in advertising your app you need a lot of time commitment.

One major problem with overestimating success involves how doing so skews the management of your app. When you aren’t looking at the success potential of your app from a realistic perspective, your plans for the app become undermined. You may even fall into the trap of not continuing to put the right amount of resources into the app. Things could stall as a result.

No app will most likely become popular and generate money overnight. To turn your app into a success, you should strategically plan your app launch to avoid these common and well-established mistakes.